Hello EasyLife, and a happy new year to all of you but especially to our amazing customers and partners 🎉

Another year is over, and a new one has begun. As we did last year, let us look at what happened with EasyLife in 2022.

Our customer base more than tripled from almost 40k at the end of 2021 to more than 140k, and our partner network saw significant growth with the addition of ten new partners. We also had the opportunity to connect with potential customers and partners through over 110 demo sessions.

Finally, a massive shoutout to our development team, who released 17 updates over the past 12 months!

In-person conferences made a splashy return last year, and we couldn't miss the chance to get in touch with existing and new customers and partners. A few members of the crew flew out to Copenhagen and represented EasyLife at the European SharePoint conference. We had an absolute blast, and the crowd enjoyed shooting our mascots. Next year's ESPC will take place in Amsterdam from 27 to 30 November. Mark your calendars!

If you can't wait until November, visit us at the European Collaboration Summit in Düsseldorf from 22 to 24 May.

The EasyLife App is our primary user interface. We focus our effort on giving our users the best possible experience. After months of working with Microsoft, we got accepted into Microsoft's app store at the beginning of last year. Continuing our collaboration with Microsoft, we have also achieved the Microsoft 365 App Certification.

During 2022 we also introduced more supported languages and improved the ones we already supported. With some simple but meaningful tweaks, we improved the user interface. For example, collaboration assets are now visibly separated from guest accounts, and action buttons allow owners to take action immediately in the app.

The second release of the year was even more significant: provisioning actions! Existing customers might know a previous version of this feature in the form of an Azure function. It was relatively easy to deploy and configure, well for developers at least. For a layperson, it was a nightmare of prerequisites, cli scripts, and json files. Yeah, we could do better.

Well, the nightmare is over! Our devs did a stellar job integrating the features into the core application. EasyLife Admins can control Provisioning Actions with a new section in the cockpit. As the name implies, provisioning actions allow you to customize Teams (and groups) after provisioning. You can define OneNote, Planner, and SharePoint settings for your Groups and Teams. The provisioning of channels (yes, including shared channels) for your Teams moved from Templates to Provisioning Actions.

Find out how to configure provisioning actions in the docs. Give it a spin today; like all other features mentioned in this post, it's included in your existing license!

EasyLife is all about the end user; our goal is to make governance seamless for your users. However, a good admin experience matters greatly to us, and we have improved the cockpit in many ways.

A very convenient addition is the permission checker. The cockpit will now alert admins if permissions are outdated and need an update. We have added filters, export options, and better descriptions throughout the cockpit to make it easier to use.

Apart from all the visible improvements and new features, a lot of work happened under the hood, too. The last update of the year was released on 30 December and lifted EasyLife to .NET 7, which was released by Microsoft just a month earlier. This upgrade brings visible improvements to performance for our users and allows us to begin the new year with the latest technology and features.

We are grateful for the continued support of our customers and partners and look forward to improving and innovating in 2023.

Experienced IT Professional: identity, cloud, data center technologies, networking, security. These days I’m empowering my customers to get the most out of their UC investments. Strong, but not exclusive, focus on Microsoft.

How to roll out guest account management in your org

Approvals are now available for testing in the insider ring! 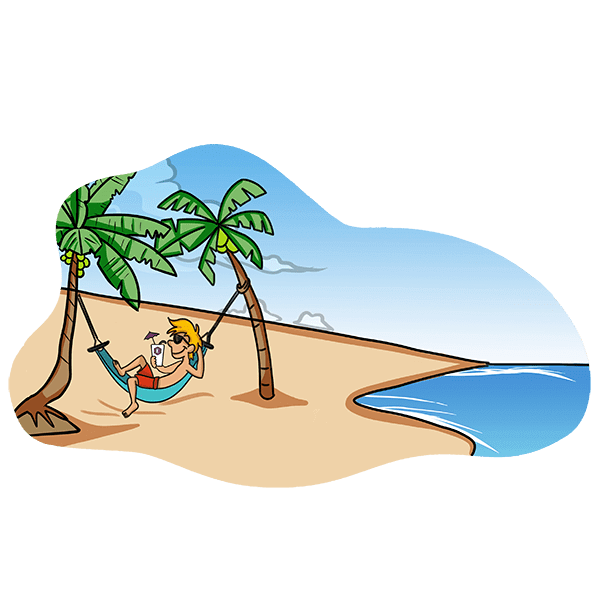 By booking a Demo, we can show you how powerful EasyLife 365 fights the Collaboration Chaos Monster.